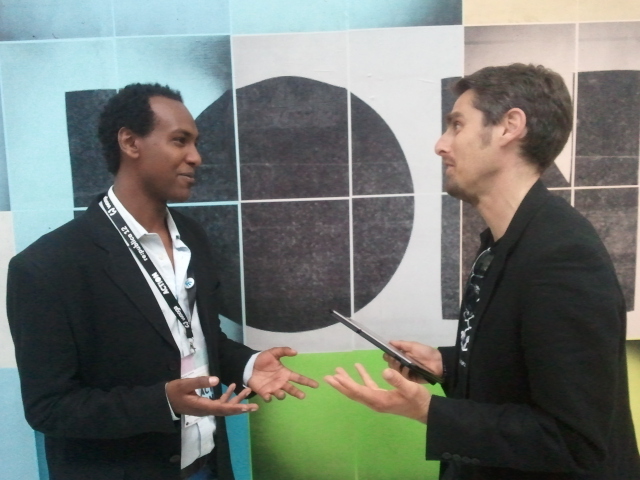 [Please note: This blog post is a preview of the interview to be published soon on the Alumniportal Deutschland (APD) – subject to further editing].

Last week saw ‘re:publica 2012’ in Berlin, Germany’s largerst conference on blogging, social online networking and internet community. This years edition went global and put Africa on the map of social media. One of the speakers from the continent was Markos Lemma, an Ethiopian blogger, GIZ alumnus and innovation project coordinator for GIZ’s labour-market education programme in Ethiopia (former ecbp).

In this interview first published on the Alumniportal Deutschland, Markos gives us his reasons to be a  blogger in Ethiopia, reports on the latest developments of the blogging scene in his country and tells why he is betting on social media to tackle protracted development challenges in his country. He also gives us his vision for knowledge sharing within German international corporation programmes. Markos is blogging both on the Internet and on the Alumniportal Deutschland (APD).

APD: When did you write your first blog and why ?

Markos Lemma: I started blogging in September 2009. At that time I was browsing the Internet to see what people were saying online about Ethiopia. Well it turned out that most of the things that were said, were produced by none-Ethiopians, mostly tourists, foreign journalists and some Ethiopians living outside the country. So I got a strong feeling that there should be more local guys guys like me, that put things online about our surroundings, our feelings, and ultimately our lives.

APD: Tell me about the situation of blogging in Ethiopia. 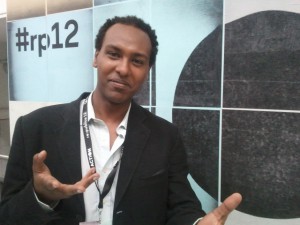 Markos Lemma: Before 2005 there were almost no bloggers in the country. The only pieces came from some diaspora bloggers from the USA mostly. Very few people in Ethiopia even knew the word “blog”. After the political situation of 2005 we started to have about twenty to thirty homegrown blog, but then action went down again and there was not much content. Since 2009 things are changing again. It is very interesting to see in which stage Ethiopia is right now. I would compare it to Egypt of 2002. Very little Internet, very few resident bloggers. But like Egypt back then, it’s about to get really bigger. This is also due to some projects like www.ethiopian-blog.com ,where we are trying to give publicity to local English speaking bloggers. For example we have had two events in the past year together with the Heinrich Böll Foundation [Editor’s note: The Böll Foundation is a German political foundation and one of the associated organizations of Alumniportal Deutschland], where we have trained and networked more than 40 new resident bloggers, so now we are approaching 100 blogs, and it’s growing fast. But of course the overall number is still very small. And there are even fever that publish exclusively in our major local language, Amharic.

Markos Lemma: First reason: low intranet penetration. Second reason: a lot of people don’t know about citizen media like blogs and their potential. For instance a lot of Ethiopians that are online at Facebook in Ethiopia, but they don’t know what a blog is. And finally, there is a fear of censorship people don’t know what will happen to them and they are afraid. They see that some political blogs written by the exile community are blocked inside Ethiopia. So the bloggers inside the country know that there might be problems. Also, blogging is expensive, as for instance student bloggers have to pay for online time to update their blogs. Finally, there is a certain culture of shyness. For instance I often get hundreds of readers for my blog posts, but no single one dares to write a comment.

APD: What is your personal motivation to blog and to promote blogging? 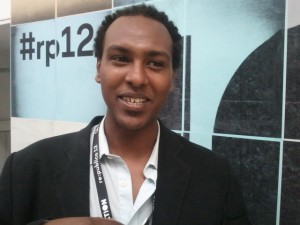 Markos Lemma: First, I want a better representation of my country and of the living of people. I want to put Ethiopian life on the Internet – and open rooms for debates. Right now there’s very little ways to find out how people in Ethiopia think for instance about their environment, their problems, their wishes. I find it critical to add voices on all these aspects of life and in fact also to challenge the silence among society. I love the quote of why one should blog:”Because freedom can’t blog itself.”

APD: What do you mean by “silence among society”?

Markos Lemma: Let me give you an example. These days in Ethiopia there are many problems, that everyone knows about. But nobody talks about them. Blogs are a very good way to give an open discussion stage to these problems. For instance, I was blogging about homosexuality in Ethiopia lately. I have never seen so many comments on my blog and Facebook account. And this was probably one of the first blogs from within Ethiopia on the taboo theme of homosexuality. You will not find these issues in traditional media or in public talks. And there is a long list of such sensitive issues in my country that need a ground for personal many-to-many discussion. I think that blogs are a really greate tool for such discussions in Ethiopia right now.

APD: You are connected to German International Co-operation in many ways. First, you’re a project coordinator for  innovation initiative iceaddis, a technology hub within GIZ’s ‘labour-market education programme’ (former ecbp) in Ethiopia. Second you are an alumnus of the GIZ training project ict@innovation and a Linux operating system trainer. You also work with the Heinrich Böll Foundation and of course you are an active blogger on several platforms including on the Alumniportal Deutschland. What is your vision for knowledge sharing within German international corporation programmes, its partner networks and communities?

Markos Lemma: I believe in social media, and I particularly believe in the potential of social media to get in radically different relationship with our partners, stakeholders and constituencies. We made very good experiences with basically addressing “the masses” and communicating with them in our iceaddis technology hub program here in Ethiopia. GIZ intervenes in so many sectors in so many countries with such a multitude of partners, beneficiaries, participants, alumni – such a huge, huge crowd. If you use the power of knowledge sharing and of building of cross-country communities in such a multi-partner environment, you will have huge benefits. But only under one condition: you need to listen to people – and social media to bring listening to another scale. So my vision is that we all experiment with all of the social networking tools and knowledge sharing tools available, including the building of social networks like the communities of the Alumniportal Germany. In my view, GIZ is a frontrunner on many topical issues. Why not become a frontrunner in this transformational technology that gets people together through the sharing of knowledge.

APD: Last question – Can you give us an example from your work related to such knowledge sharing through social media? 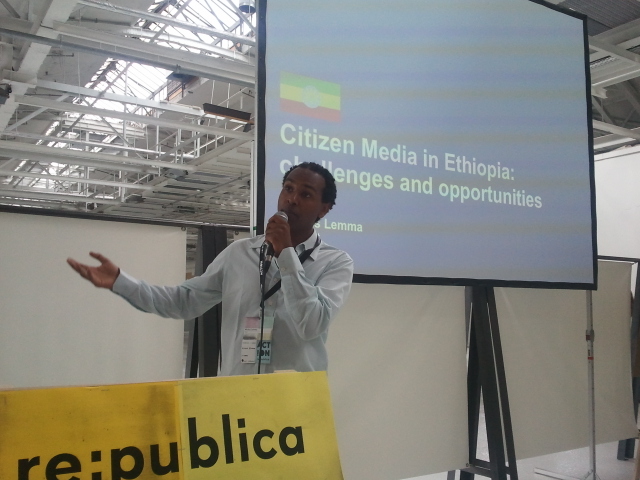 Markos Lemma: I will give you two examples :-). A few weeks back, I saw on twitter that the policy adviser for Google Sub-Shaharan Africa was on travel in Addis. As I wanted to get in touch with her to talk about our innovation hub work at iceaddis, I tweeted back. On the same day, we got the chance to have her to the iceaddis hub and made a meaningful conversation. Second example: After my training with GIZ (back then InWEnt), we started a pan-African mailinglist on Software certification for open source. As a result of this community, we have now had the first two Linux Administration Exams in Ethiopia, and I am sure that the networking will bring us more, which we even do not know today.

APD: Thanks for sharing, Markos.

‘re:publica 2012’ took place last week in Berlin as the sixth edition of Germany’s largest conference on blogging, social online networking and internet community. GIZ has been present in many ways, e.g. through the presentation on blogging by Markos described above. Regarding the education side, Christian Gmelin of GIZ’s e-academy moderated the session ‘Do It Yourself! Netzwerke für DIY-Education‘ and reported through the facebook page of the e-academy.

2) More on the Alumniportal Deutschland and Global Knowledge Co-operation:

For more information on the topic of Global Knowledge Co-operation and knowledge sharing, check the April issue of our Alumni newsletter for GIZ Alumni at http://connect.inwent.org/en/topics/topic-of-the-month/monatsthemen/april/april-2012.html

3) More on Markos Lemma, Ethiopian Blogging and the Alumniportal Deutschland: